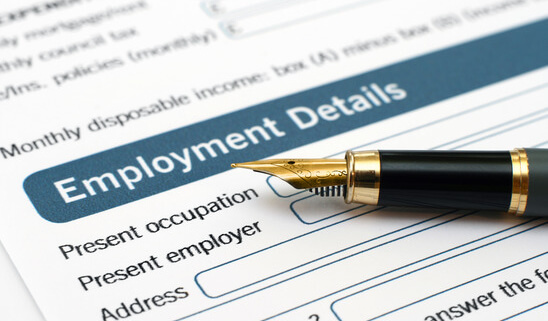 To protect jobs and avoid lay-offs the Spanish government introduced guidance on employment law measures on 17 March for the Temporary Collective Redundancy & Re-Organization Procedure (ERTE), these measures were extended on 12 May (RD18/2020 and will continue in force until 30 June:

Where the business is adversely affected by the pandemic but the force majeure conditions are not met, the employer may suspend contracts of employment and/or reduce employees’ working time on economic, technical or organizational grounds or grounds of production (“ETOP grounds”).

As regards temporary, or fixed-term, contracts which are affected by the ERTE on force majeure or ETOP grounds, the effect is to suspend the computation of the contract duration for the time the ERTE lasts. Time starts to run again once the ERTE ends.

The foregoing measures may be extended until, at the latest, 30 June 2020. (In the case of so-called “fixed-discontinuous contacts”, or permanent seasonal contacts, the time limit is 31 December).

The workers affected by the ERTE receive unemployment benefit during the period of suspension. Companies with fewer than 50 employees are exempt from paying Social Security contributions for the affected workers and those with 50 or more employees are exempted from paying 75% of their Social Security contributions during the period of the ERTE. This exemption is conditional upon the company maintaining the level of employment for 6 months following the re-start of their normal activities. Companies employing seasonal labour, or those at imminent risk of bankruptcy, are not subject to the 6 month requirement.

Companies domiciled in tax havens are not allowed to implement an ERTE on force majeure grounds. Similarly, companies cannot pay dividends in the financial year in which they implement an ERTE unless they previously pay back the full amount of Social Security charges they have deducted. The restriction on paying dividends does not apply to companies that on 29 February 2020, employ fewer than 50 workers.

Government legislation introduced on 12 May (RD18/2020) prohibits companies until 30 June 30 from making redundancies or terminating contacts of employment on force majeure and ETOP grounds.

This does not mean that companies cannot lay staff off. They can still dismiss employees, but, if they do, they have to pay the full statutory compensation payable for unfair dismissal (unless the dismissal is justified on disciplinary grounds).

The 30 June date for the lifting of the restrictions coincides with the date claimed for the repeal of the 2012 labour law reform. In the course of the recent vote on the fifth parliamentary extension of the state of alarm, Bildu (one of the political parties involved in the negotiations) claimed that the government had agreed to repeal the 2012 labour law reform and return to the pre-reform law with effect from 30 June (the pre-reform law established severance pay of 45 days of salary per year of service up to a maximum of 3,5 years salary). The government has denied this and said they do not intend to re-introduce the former higher level of dismissal compensation.

Another headline-catching measure, announced on 29 March at the height of the pandemic, was compulsory paid leave, which was introduced briefly between 30 March and 9 April 2020 for all employees not providing essential services. This measure was concomitant to the closure of the workplaces of all companies except those providing essential services (i.e. food and beverage services, pharmacy, financial services, etc.). The measure ended on 9 April 2020, however employees have until 31 December to make up the hours they did not work but were paid for.

Already at the end of April, nearly four million workers have been affected by a Temporary Collective Redundancy & Re-organization Procedure (ERTEs) and 25.6% of workers affiliated to the Social Security have been (at some time since mid-March) registered as temporarily unemployed.

A recent article in the “Expansión” newspaper reported that the General Council of the Institutes of Administrative Managers is predicting that 240,000 SME are likely to close imminently, of which 135,000 will previously have implemented an ERTE procedure.

As the Spanish economy re-opens, employment can be expected to pick up and compensate, in part, for job losses caused by COVID-19. Even so, when the exceptional measures for the protection of employment are lifted on 30 June, financially hard-pressed Spanish companies are likely to make large-scale redundancies and re-organizations in July and ensuing months.

Advertise With Us Build Your Business
Guide to a straightforward and timely Spanish inheritance planning.

Alabama Mother Likely to Lose Custody of 2-Year-Old Son After Beating Him with...
Scroll to top