People need to use several different passwords for their everyday needs. A person’s email account, bank account, phone, online accounts to pay bills, and other personal items may be protected by passwords. Because keeping records of various passwords can become annoying, many people choose a common password that they can remember quickly. For example, the phrase “iloveyou” is the most used password in the United States. It is also very common for people to simply use the word “password” as their password or a brief numerical sequence such as “123456.” Up to forty percent of people have their first or last name or a variation of it somewhere in their password. Birthdays, phone numbers, social security numbers, and the names of pets, children, or lovers have also found their way into people’s passwords, even though using these phrases is not a good idea. An obvious starting point for any hacker trying to gain access to an account is to test the most common passwords in the world.

Using a common or easily guessable password can be very dangerous for many reasons. Unfortunately, many people still choose these passwords because they can be easier to remember and more convenient, even though the security concerns regarding theft and fraud are very real. Here is an overview of important password security tips and how to protect your sensitive information.

There are several different things people can do to make their passwords more secure. Passwords should never be a single word or sequence that is common and easily guessed. In fact, many users assume that their family members or close friends would probably be able to figure out their passwords for this reason. Anything that a person close to the account owner could figure out should never be used as a password.

Passwords should be changed at regular intervals, and you should never use an old password that you think may be compromised. Depending on the nature and sensitivity of the information behind the account, these should be changed somewhere between every couple of months to at least once a year.

The same password should not be used for multiple logins, as this will compromise multiple accounts if one password is hacked. Despite this risk, studies have found that an average person uses the same password for six different sites or platforms.

Passwords that are longer and more random also tend to be the most secure. Many sites and security experts recommend combinations of numbers, letters, and symbols that do not contain noticeable and meaningful words or sequences. Ideally, the most secure passwords should also be at least twelve characters long.

The dangers of a hack

There have been many examples throughout history of accounts being compromised and hacked because of poor password hygiene. As recently as 2021, various United States government agencies experienced hacks that caused supply chain problems. The main culprit seems to be an intern that used a weak password containing the name of their employer. A large number of emails from other companies were also compromised in this incident.

The New York City government had a similar incident. Hackers were able to gain access to medical records and personal information of government employees, and there were case delays in the Law Department for over a week. An investigation found that all of these problems were caused by one employee who had failed to follow the IT department’s policies related to passwords and security, which caused their account to be compromised.

These kinds of events show that not only can password issues compromise one’s personal data, but they can also cause more widespread problems if an account tied to a government or organization is compromised. After news of these events spread, specific platforms even changed their software to prohibit users from using weak passwords to protect their accounts.

With all this information in mind, it is possible to keep accounts and personal information secure by taking a little time to avoid common passwords and update old or easily guessed credentials. Just a few minutes of password maintena

nce can make a difference in preventing a hack or information leak. There are even programs and apps available that can help manage passwords and keep them all in the same place. 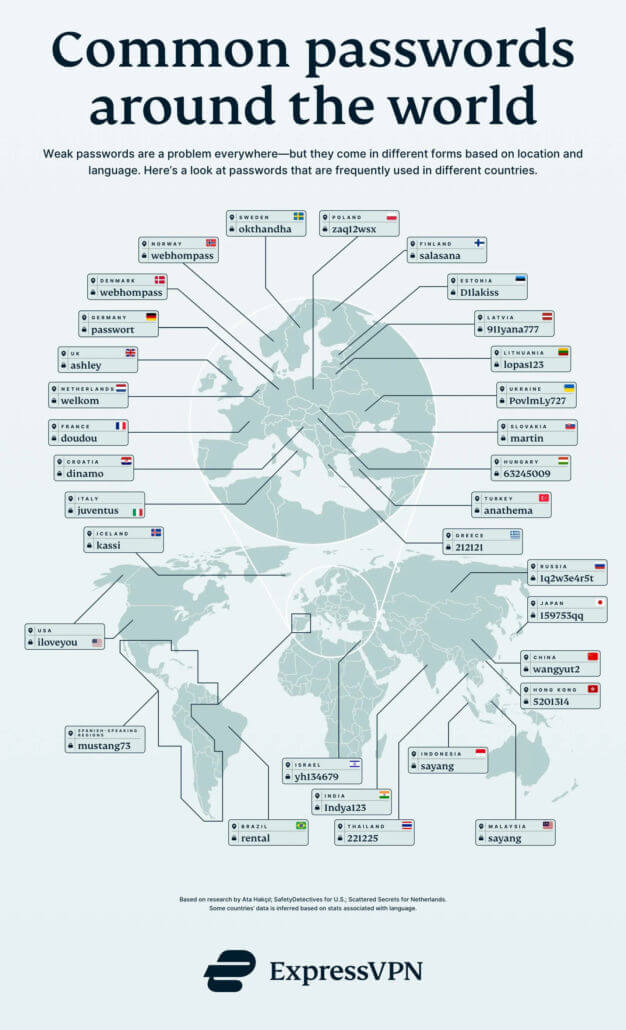 Latest posts by Justin (see all)
Daytona Beach, Florida, Does Receiving a Ticket Mean Liability in a Car Acc...

Garnishment Actions: How to Defend Yourself
Scroll to top