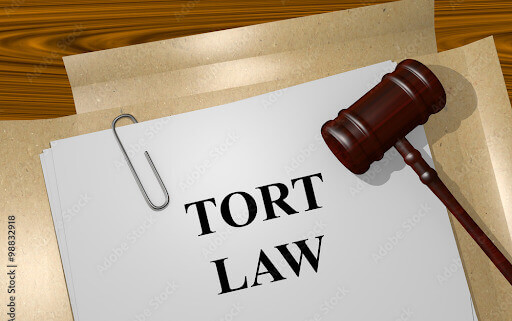 There are approximately 1.3 million practicing attorneys in the United States. Much like doctors, though, attorneys typically work in specialties.

For example, some lawyers specialize in criminal defense, while others focus their attention on areas like intellectual property or corporate law. That kind of specialization lets them provide better-informed services to their clients.

Another area of focus is tort law. Are you scratching your head and asking, what is tort law? While you may not realize it, you’re likely familiar with tort law already.

Keep reading our tort law guide, and you’ll see that tort law affects a lot of your daily life.

What is Tort Law?

Understanding tort law starts with understanding that it covers the various kinds of injuries that people suffer at the hands of others. These laws and injuries are generally separate from criminal law. For example, someone can face criminal charges for battery, get found not guilty, and battery-related tort law will still apply to them.

You typically see tort law in action when, for example, one person sues another. The big exception to this is contract law. Contracts are considered a separate area of law, even though contract disputes often end up in civil court.

Tort law is broken down into three main areas:

Let’s take a closer look at each type of tort below.

Intentional torts happen when one person sets out to do something knowing that it will cause harm to another person. This isn’t limited to physical harm, either. Knowingly damaging another person’s property or setting out to cause emotional distress also falls under the general heading of intentional tort.

Intentional tort can cover a lot of ground. So, let’s look at some common examples of intentional torts to help clarify what it means.

An unfortunately common example of a tort is assault. Assaults are essentially threats or attempts at harm that don’t result in any actual physical damage to the other person.

So, if someone says they’re going to beat you up with a baseball bat, that is likely assault.

A related type of tort is battery. Unlike assault, battery happens when someone makes actual physical contact with a person and some level of harm occurs. It can mean injury, but it can also mean the person on the receiving end takes offense.

Other common examples include trespassing, conversion, and inflicting emotional distress.

One of the key components here, however, is the intention. Let’s say someone touches your arm. If they know you don’t like them and do it anyway, they likely mean to cause you distress.

If it’s a stranger who asks for directions, odds are good they didn’t intend harm or offense.

The second type of tort is the negligent tort. These torts don’t involve intentional acts of harm, but rather acts that involve some kind of carelessness. In legal terms, the person who did the harm violated a duty of care.

Take driving as an example. When you drive on public roads, you have a duty of care to other drivers to pay attention to what you’re doing. If you stop paying attention to the road to answer your phone, you’re acting in a negligent way.

Slip-and-fall accidents in stores or restaurants are another common example. The store or restaurant has a duty to ensure that customers are in a safe environment.

A less common, but higher profile, type of negligent tort is medical malpractice.

In fact, it’s generally not necessary in strict liability cases to show any kind of intentional act or negligence. The fact that some kind of harm occurred is sufficient.

Strict liability cases often involved companies and their products. Let’s say that a company makes a toaster with a faulty component. These toasters spontaneously catch fire when the component fails.

Even though the company didn’t know the component was faulty and didn’t set out to harm anyone, the toasters caused numerous burn injuries and fire damage to people’s homes. People could sue the company under strict liability because the flawed product caused injuries.

Another area where strict liability applies is owning wild animals. If a private zoo lets its animals escape and someone gets hurt, the zoo can face legal action under strict liability.

There are also certain activities considered extremely dangerous. A truck hauling explosive materials, for example, would fall under strict liability. That might happen if, for example, the truck crashes and the cargo explodes, causing injuries.

A particular kind of strict liability case known as mass tort typically falls under this heading. With mass tort, someone or a business does something that harms a lot of people.

For example, a company dumps harmful waste into a river upstream from a town. The waste makes people ill and damages crops. The company could potentially face mass tort action.

Anyone involved with what appears to be a mass tort should look for experienced mass tort lawyers for tort law advice.

Tort Law and You

The question of what is tort law has several valid answers. Tort law can cover everything from intentional harm to negligence and instances of strict liability. In general terms, though, it’s the area of law that deals with injuries caused by other people’s actions.

Tort law is also civil law, meaning that you can only seek financial compensation in a case. No one will go to jail if they lose a tort case.

Looking for more insight into the different types of laws? Check out the posts in our News section.

Latest posts by Justin (see all)
Are you a victim of an NHS Data Breach? Here’s what you need to do